“I want to create a system where Takayama city supports artists using my artist’s life as an example.”

There is a gallery near Kajiya-bashi Bridge, one of the popular sightseeing spots, where Miayakawa morning market is held. Many tourists inadvertently stop in front of the window gazing in it.

“There are more tourists coming to Takayama these days, and we have especially Westerners visiting more. Although, it is pretty hard to sell ‘arts’ at a tourist spot, I am happy for visitors to look at my work.”

Mr. Norihiko Yoshimoto, an owner of gallery “YOSHIMOTO” and also an artist of kirie, started to talk to us.

He moved to Takayama from Toyama when he was fifteen because of his parent’s job.

Though Mr. Yoshimoto was interested in designing and arts when he was in Toyama, he entered to a university because he wanted to study the sociology of culture as well.

His father bought a building, which is now a gallery, and opened draper when he was around twenty.

“I don’t know why it happened but I had no other choice but taking over his business after I graduated university, haha. However, I’ve never learned business and it didn’t go well. Then, I started a dye-works when I was stuck.” Mr. Yoshimoto said. 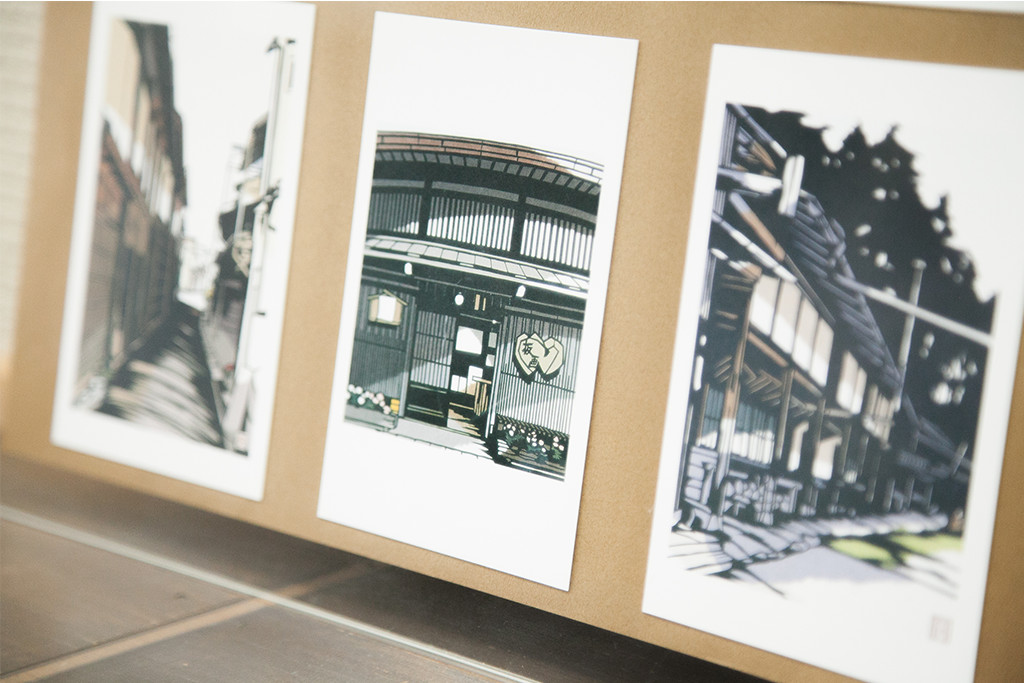