Hida Takayama is one of the three greatest morning market in Japan along with Katsuura city, Chiba and Wajima city, Ishikawa.

Along with “Takayama Festival” and “old town”, Hida Takayama’s morning market is also known as one of the best three sightseeing spots in Takayama.

The roots of the morning market date back to around 1820 when there was a market of mulberry mainly at Takayama Betsuin Shorenji Temple.

After the decline of silkworm-raising industry, people started to sell fresh flowers or farm products around 1894. 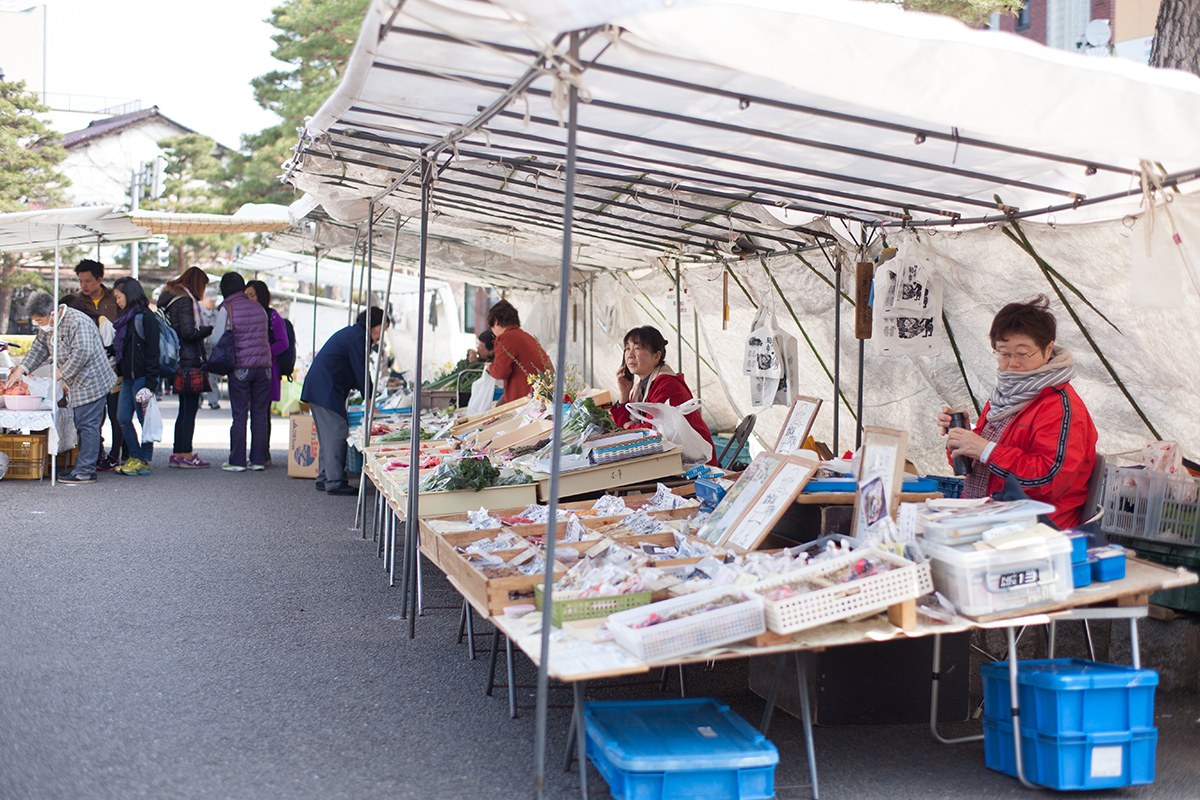 The morning market has continued while changing the venue until now.

There are two markets: Miyakawa morning market held between Kajiya bridge and Yayoi bridge along Miyakawa river, and Jinyamae morning market at a public square in front of Takayama Jinyamae.

Both markets start every morning at 6am showing one of the most traditional scenes of Takayama city in the morning.

At 7am, Ms. Noriko Hirata, an owner of Shop of Masato Hirata, talked to us with a radiant smile while we were walking in Jinyamae morning market crowded with tourists.

With a signboard of “Granny Noriko’s shop” in a tent, there are fully displayed bright colorful pickled vegetables, rice and sundries.

There are about 20 kinds of pickles, and it is good to be able to taste them all. 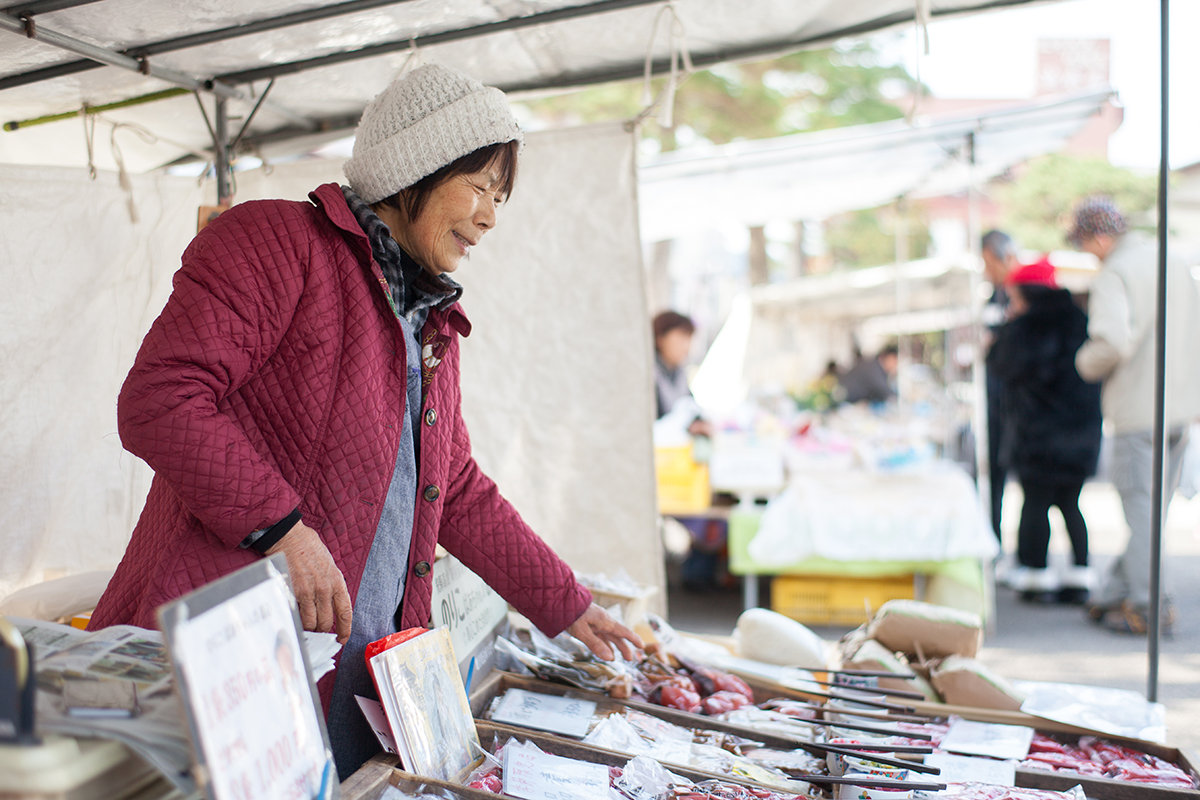 “Our family has been a farmer from age to age, and harvests a lot of rice and veggies. It used to be very hard to do everything by our hand in old times. Now, my son is managing somehow because we can leave many things to machine. Only he and I are working now. I am in charge of making pickles and sundries, and sell them at morning market. I’ve been doing it since 1955.” Ms. Hirata said.