Shunkei-nuri, which is made of a thin board created from lumber by original technique and uses goodness of woody texture, is a popular lacquerware for tray, bento box, and tea set even in these days.

Hida Shunkei-nuri in Takayama has been known as Japanese Three Greatest Shunkei-nuri for a long time along with Noshiro Shukei in Noshiro, Akita and Kurino Syunkei in Shirosato-machi, Ibaraki.

A craftsman of Hida Syunkei, Mr. Keiichi Nishida explained to us the history of Hida Syunkei with his velvety voice that you wouldn’t expect from a typical obstinate and quiet craftsman. 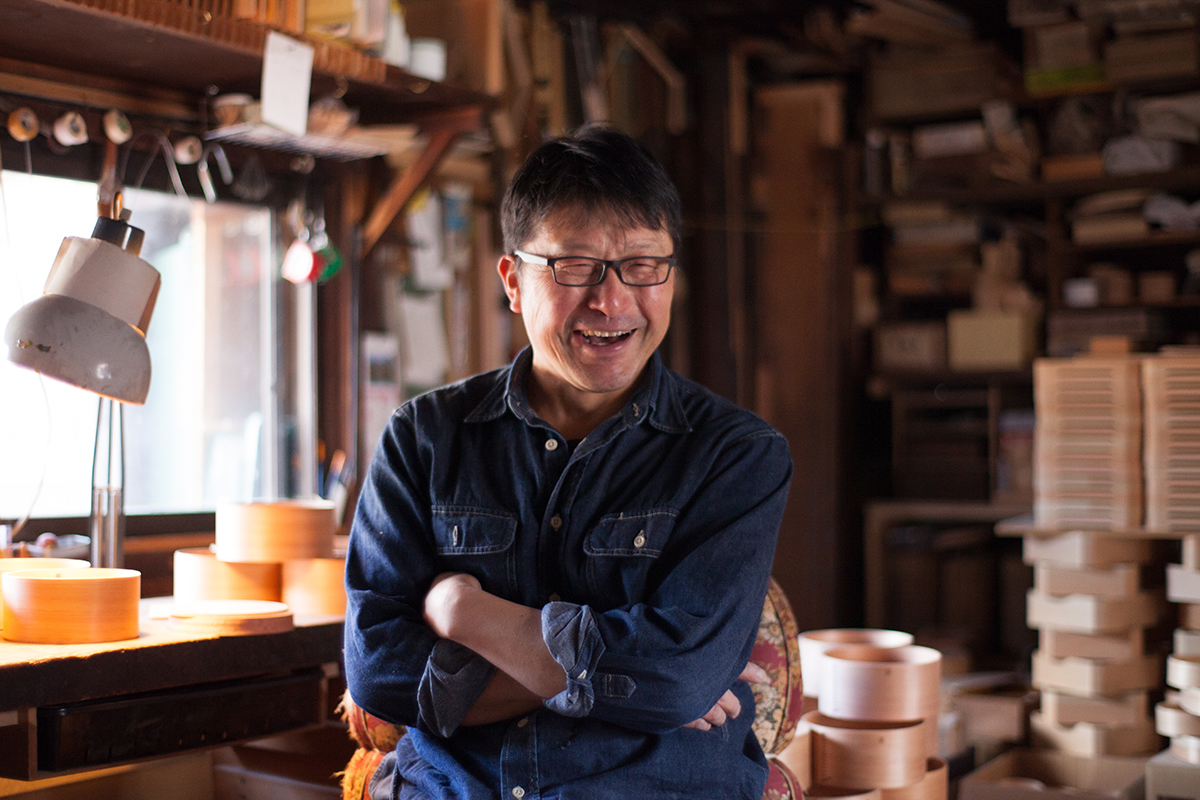 He delivers goods to various customers including boutiques where collect high quality items and the Imperial Household Agency.

At first, he brought us to the place where many lumbers are piled up close to the ceiling and we almost exclaimed in surprise.

The studio where the fresh spring wind of Takayama blows into with soft light was very comfortable.

The beauty of woody texture that can be clearly seen on lacquered board is what makes Hida Syunkei unique and attractive the most.

The feature is a traditional beauty that has been created under the clear system of division of labor from ancient times. 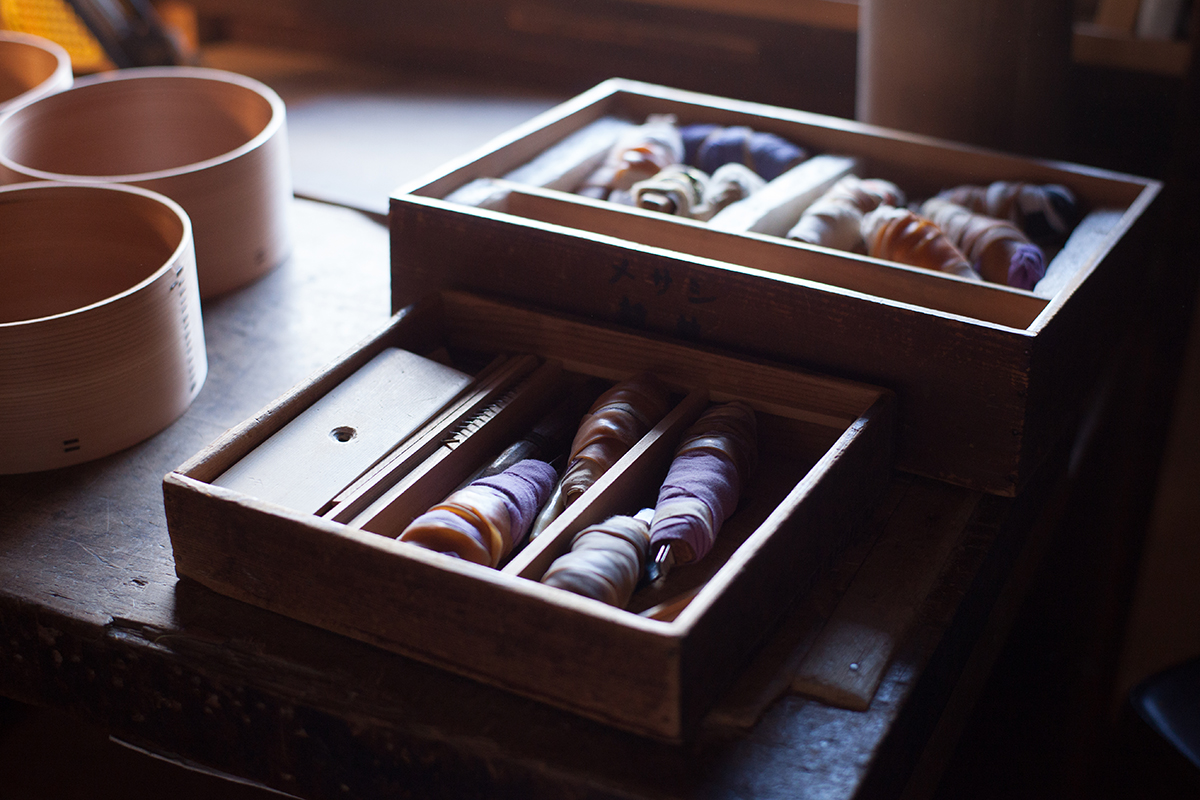 When asked how he learned the technique, Mr. Nishida answered that it starts from how to choose trees.

“The features are totally different depending on the kinds of trees, and it is also important how much I make them dry. We’ve been using mainly Japanese cypress but we started to use Japanese cedar later. I have to be careful when I curve Japanese cedar because they are sometimes less sticky. Well, this is not a thing to learn but to feel and you never know unless you try. I would always watch my father working on it when I was just a beginner.”

There is a world of difference between natural or not even it is the same kind of tree.