HIDABITO 005
A forest below the freezing point/Aki-gami-Onsen Ryokan
Mr. Shigeru Kobayashi
(He died at the age of 79)

“This is everything what mountain and forest taught me.”

Mr. Shigeru Kobayashi, the owner of Aki-gami-Onsen Ryokan told us.

The popular sightseeing spot “A forest below the freezing point” is located about 40 minutes driving from JR Takayama station. This forest makes the most of its cold weather of minus 10 degrees Celsius in winter.

“Around the period of high economic growth, they started to develop some resorts here too but there was no sightseeing resource. So I started this around 1970 after thinking about what I can do by myself.” Mr. Kobayashi said.

This idea is based on what he saw when he was in elementary school. 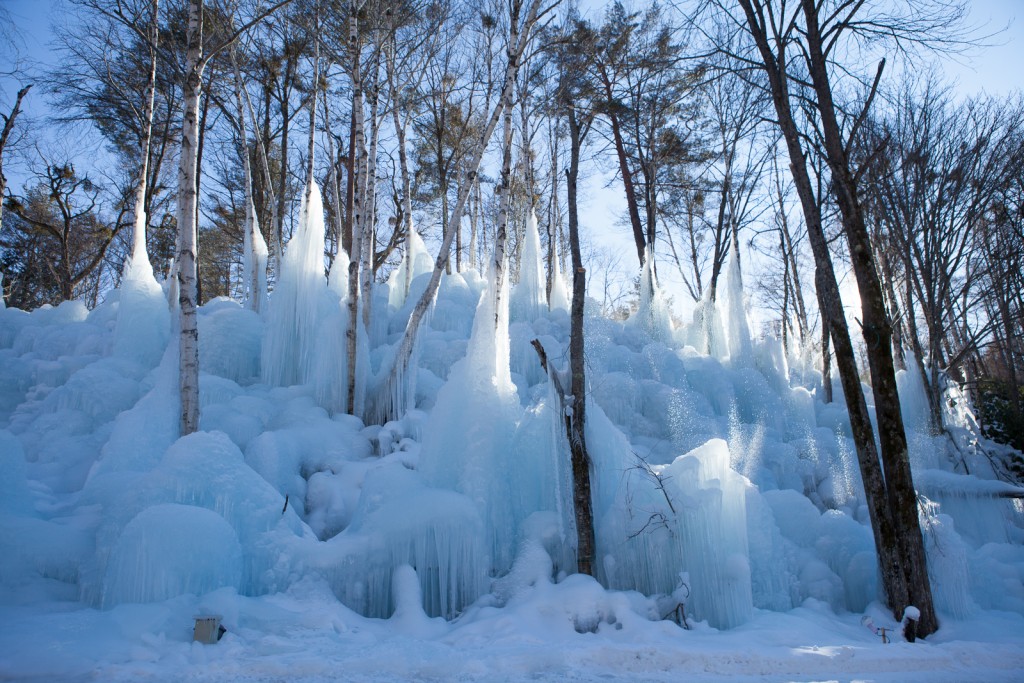 He saw beautiful ice made of spring water trickling from rocks when he was walking 4km of mountain path to school. Mr. Kobayashi enlarged the scale of this spending 40 years.

Now the hose reached the length of 8500m, and icicles that grew up to 4 to 5m shed pale light by the reflected light of the sun.

I was surprised that the icicles were made by water pressure only without using  electric motors.

“In order to build good icicles, I calculate the size of water drops accurately but everyone thought there was something wrong with me, haha. Now, a lot of people are supporting my work and organized ‘Association of protecting the forest below the freezing point’.

Illuminated icicles at night are the highlight to see here.

When Mr. Kobayashi makes an announcement and switches each light on, the icicles gradually start lighting up.

The most exciting part in the forest is “Ice Festival” held on the second Saturday of February. 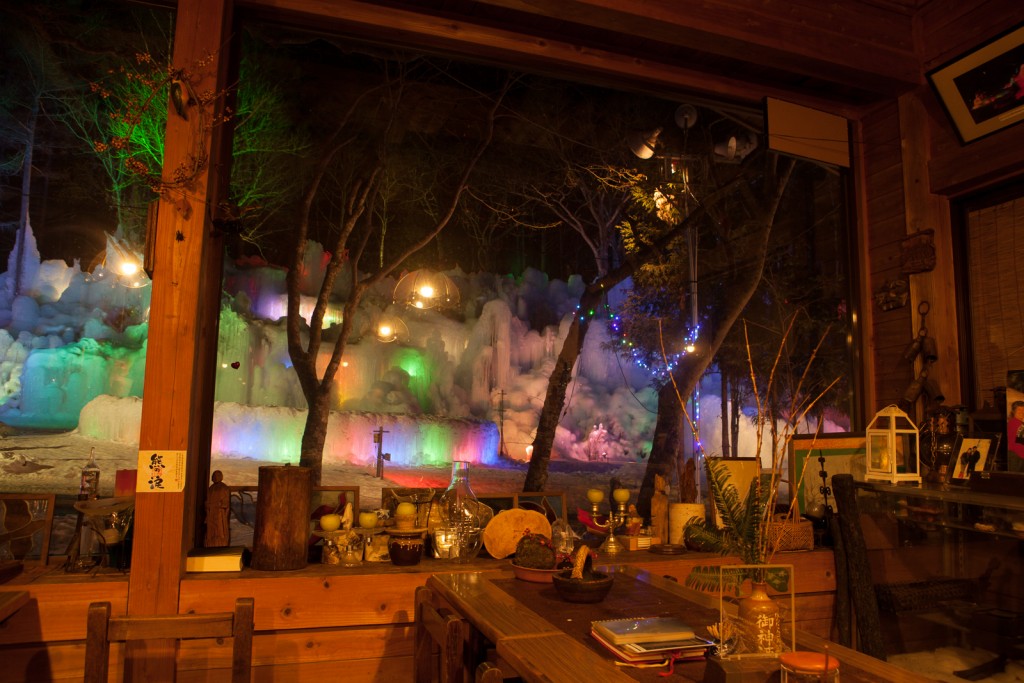 Mr. Kobayashi started his career as a chef.

He displays his skill in cooking using mushrooms and wild vegetables picked by himself at Aki-gami-Onsen Ryokan that he manages.

Mr. Kobayashi was highly evaluated and he even achieved “Great Craftsmen in Gifu Prefecture” in 2008.

He was also certificated as “A master-craftsman in Hida Takayama” in 2015 but his interests know no boundaries.

“Isn’t it the recent boom of eating wild game? I think ancient Jomon people were the ones who ate the flesh of animals in the most delicious manner. I got a hint from their way of eating meat, and I would like to try to serve steaks cut by volcanic glass for this year.” said Mr. Kobayashi.

When he was talking to us with his charming smile, suddenly a visitor came in.