Clink, clink, clink. “Listen. This is a sound of falling chestnuts.” 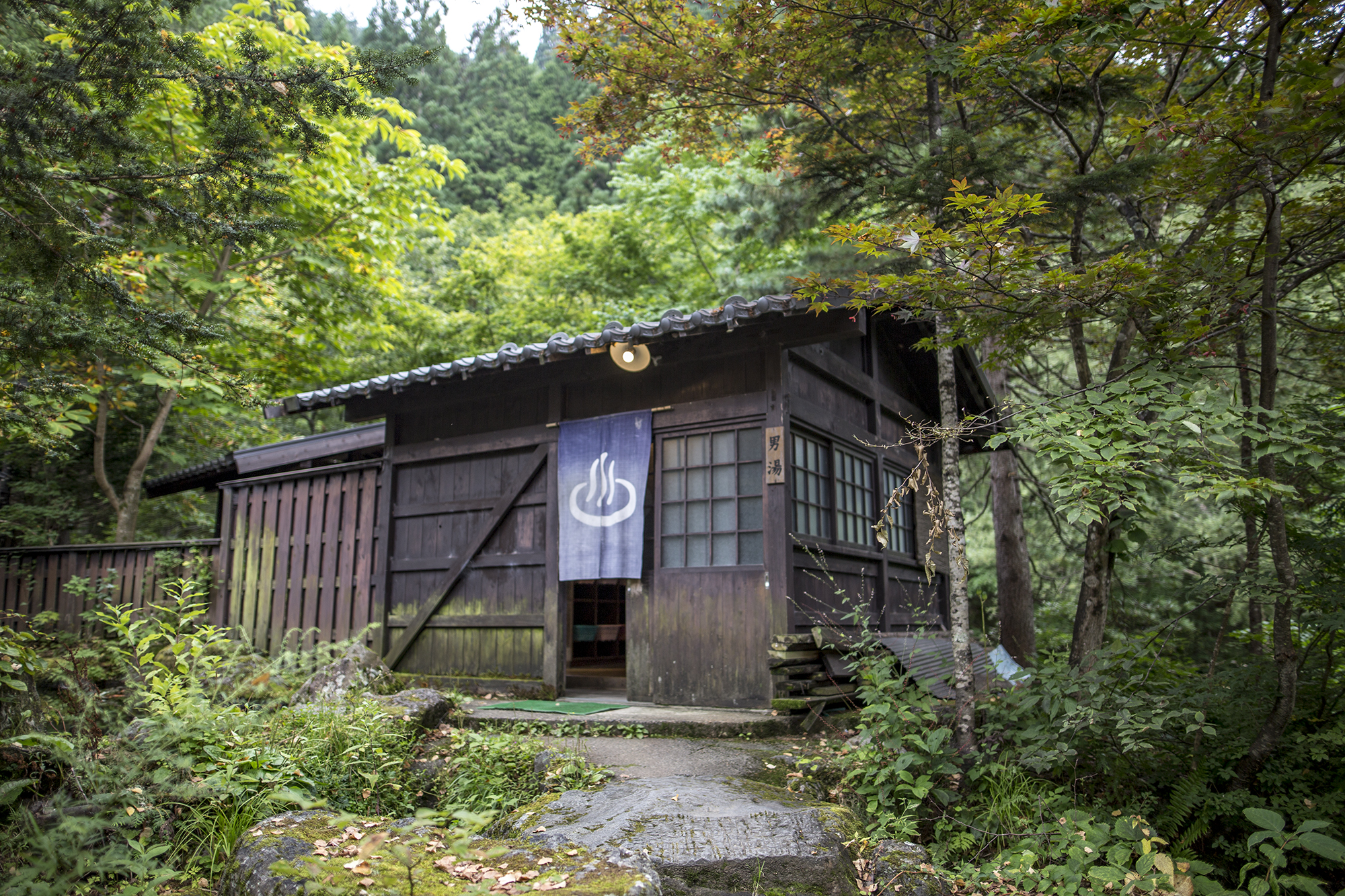 Hirayu-no-yu and Hirayu Minzokukan built by its side are located on the national highway No. 158 and comprises a part of the hot spring resort called Hiraya Onsen.

This is the place known with the longest history in Okuhida and has been very popular toji (healing hot spring) areas since Edo period.

There is a “legend of white monkey” for the discovery of this Hirayu Onsen. According to the legend, Masakage Yamagata, who served the warlord Shingen Takeda, healed himself at Hirayu after being guided by an old white monkey when he and his army were crossing a mountain pass.

You can enter Hirayu-no-yu with “Sunshi (small tip of appreciation)” which has become difficult to find these days.

The wooden box where you put tip into is standing in front of the dressing shed that is divided into rooms for women and men.

The color of water is blown because it is rich in and it also smells sweet.